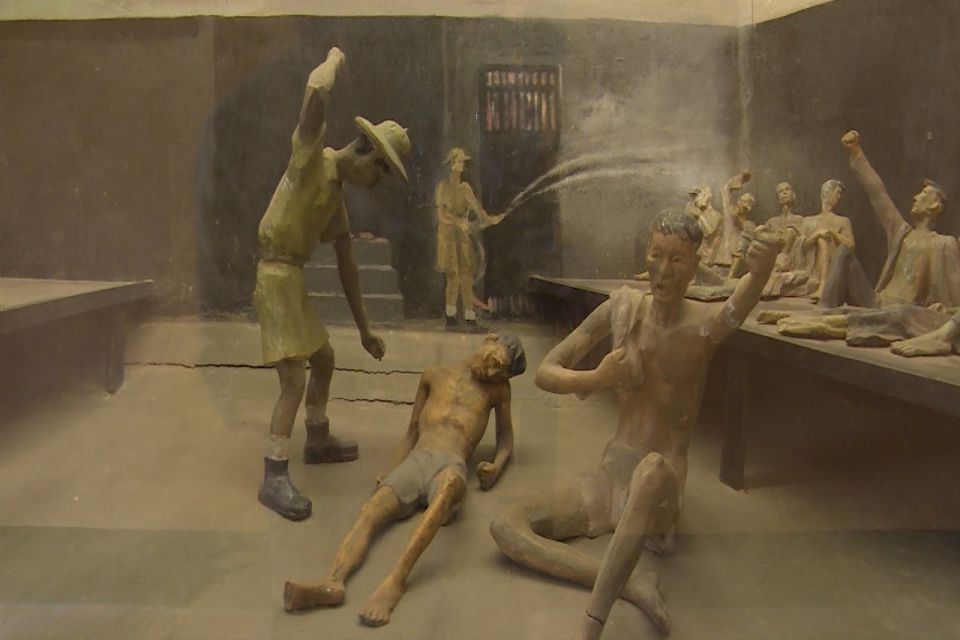 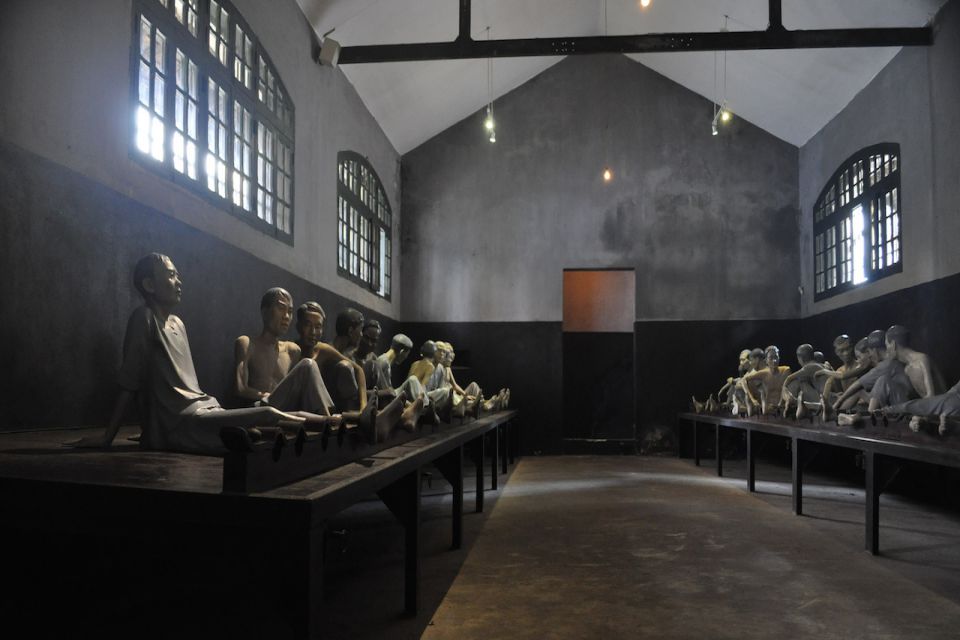 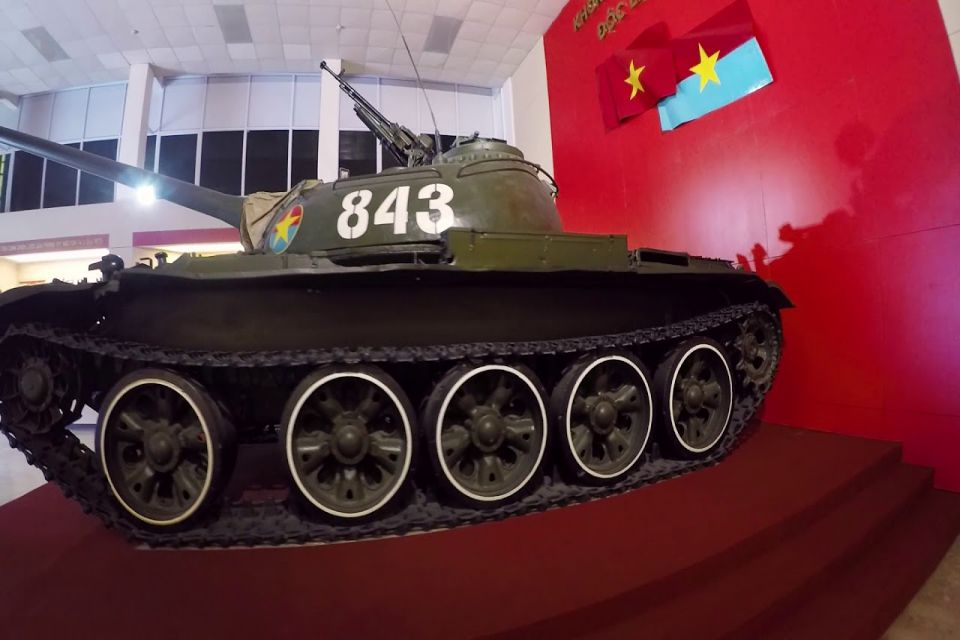 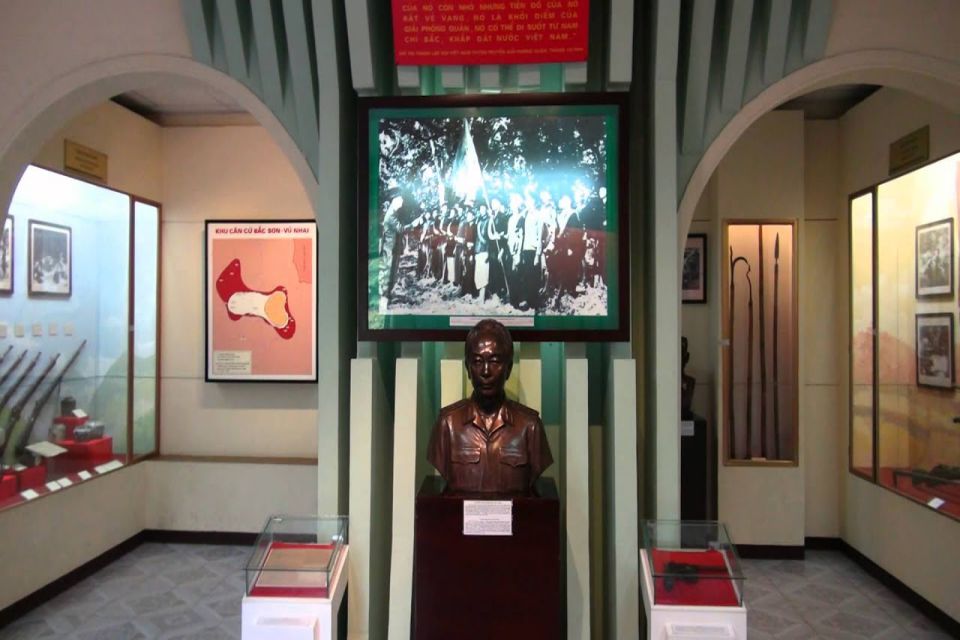 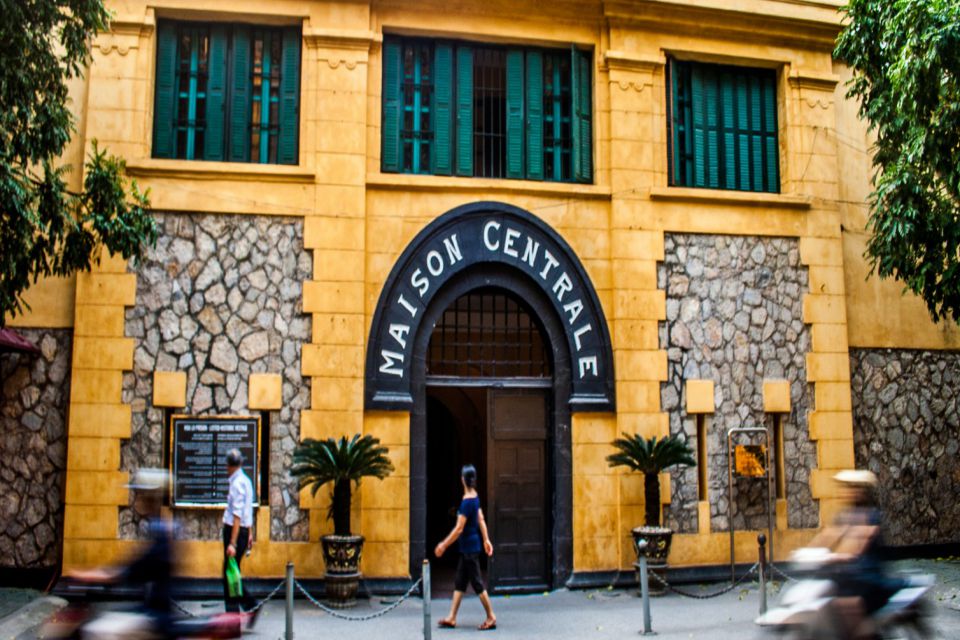 Hanoi war sites walking group tour will lead you to Military history museum (Tuesday, Wednesday, Thursday, Saturday and Sunday) or French Quarter (Monday and Friday) and Hoa Lo prison to help you to discover the history of Vietnam’s modern wars. Each individual in the group can make new friends having common interests and explore their full potential through cross-cultural experiences and extracurricular activities.

09.00AM or 02.00PM, our tour guide will welcome you at Asia Group Tour office (no 79 Ly Nam De st) and brief the tour, then start the walking tour to  discover the history of Vietnam’s modern wars.

Military History Museum (apply on Tue, Wed, Thu, Sat and Sun) is located on Dien Bien Phu street. The museum covers the American and French wars, as well as the struggles against the Chinese. In addition to numerous photos and remnants from the wars the grounds are jam-packed with tanks, guns and aircraft. It’s like a shoe shop for men.

Hoa Lo Prison – nicknamed the “Hanoi Hilton”, the prison was used to house Vietnamese political prisoners, as well as French and American prisoners of war, and offers a fascinating and chilling glimpse of prison life. Most of the original prison was demolished in 1996 to make way for the Hanoi Towers (now Somerset Grand Hanoi) serviced apartment and office complex, but the southernmost corner has been preserved and reopened to the public as a memorial to the revolutionaries who died here in atrocious conditions. Visitors can view the original cells, complete with leg-irons, along with a selection of bilingual (Vietnamese and English) displays illustrating the horrors of life in the prison during the French colonial period.

With French Quarter (apply on Mon and Fri), we will visit Big Church of Hanoi, Hoan Kiem Lake. Walking along Le Thach Street, the end of the street stands the State Bank of Vietnam building. Turn right onto Ngo Quyen street and the Government Guesthouse, previously the Building of the Governor of Tonkin (North Vietnam) and the Government Building of Vietnam, is on the right. Ly Thai To statue and a small park lie opposite and here you will usually find a number of cyclo drivers vying for business. Hop on if you’re not in a walking mood. Next to the park is the famous Sofitel Metropole Legend Hotel – one of three more than 100 year-old five stars hotel in Asia, built in 1901. Optional to have a drink at Metropole or The Press Club (Ly Dao Thanh str). Next place is the Hanoi Opera House (small version of Garnier Opera House in Paris) and August Revolution Square. The Opera House serves concerts and plays from national to international at reasonable prices, so you can consider to buy tickets here. So many local coffee shops are around here, so you can stop for a break to enjoy. The most famous ice cream outlet in Hanoi is served in Trang Tien street.

Thank you for your question. 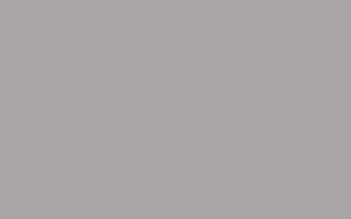 Why Book with us ?